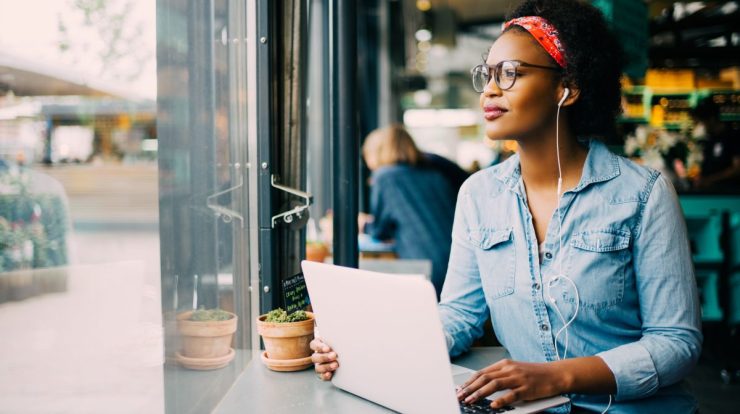 Everything we do online revolves around consuming material.  When the MP3 came out, it changed the way we listen to and use music. Now that music streaming is so popular, we all want a great free music player app. The top free music player applications for Windows are listed below. The greatest and most free music player for Windows 10/11, or any other operating system for that matter, is something that people who have invested a lot of money in curating their music collection are constantly looking for. This is so that music lovers can listen to their favorite songs whenever they want and use these audio player apps to better organize their music library. In the year 2022, you may choose from a wide variety of Windows free music player programs.

Some vintage free music players, nevertheless, are not an option.  Groove Music, a more recent audio player for Windows 10, has taken the role of Windows Media Player, a piece of homegrown software from Microsoft. Also, Windows 11 no longer uses Groove Music. Instead, it uses a new Media Player from Microsoft. Even if the market for free PC music software is dwindling, many users still prefer local solutions over their internet-based audio streaming competitors.  So without further ado, let’s look at some of the top free music player apps for Windows 10 and 11. 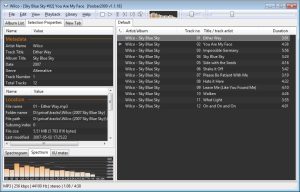 Foobar2000 is without a doubt a free music player for ardent users.  It is a cutting-edge free music player that performs admirably across a variety of platforms and was created from the bottom up to make the most of the free and open-source software tools available.  Additionally, it loads quickly and doesn’t even lag when playing extensive playlists.

MusicBee, which is marketed as an excellent music manager, is a really attractive-looking free music player with a tonne of functions. It can handle the thousands of music songs in the database and is completely skinnable. MusicBee will automatically tag and organize everything for you if your music collection is not in order and you have a lot of music files that have been categorized wrongly or not at all. MusicBee also has gapless playback and normalization, which makes it great for long-party playlists.

It also supports ASIO and WASAPI audio drivers, so even high-quality audio can be played back if you want the best audio quality possible. It is a fantastic party music organizer thanks to these capabilities while you are mixing with the visitors. 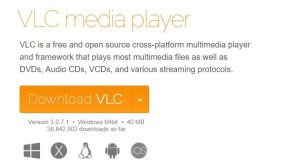 On Windows and other platforms, VLC has long been the media player’s equivalent of a Swiss army knife.  It supports any type of audio and video file you can imagine, is totally skinnable using third-party skins that are simple to download, and is fully extendable via third-party plugins. VLC Player is one of your best options if you want a single piece of software to play all of your media. The fact that it is fully free, open source, and updated often is maybe the greatest of all.  Many users require VLC to be the only media player that they require installed for all forms of media. 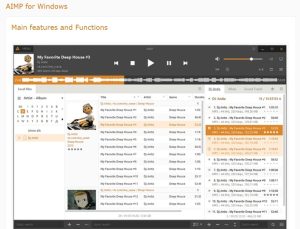 AIMP is a plain-looking free music player that has some really great features.  It has a 32-bit playback engine and places a significant priority on high-end audio. It also seamlessly integrates with top-tier ASIO and WASAPI audio drivers for the highest quality sound. There are many built-in effects, such as flanger, pitch, speed, and reverb, that let you change the sound in an endless number of ways.

The music manager even has a smart playlist that makes it simple to search for and organize songs from various genres.  This works seamlessly with the sophisticated playlist-making feature and CUE sheet support.

The revolution in streaming music is being led by Spotify.  With a free or premium membership, it enables immediate listening to any music in the Spotify cloud. In other words, you can choose to play any of the millions of songs already in the Spotify cloud and create your own playlists. The premium edition has no advertisements, even fidelity playback and locally downloadable music that may be played on any other device. Most days, the free version is enough for most users, but if you want to get rid of the ads, you might want to subscribe to the paid version.

Clementine is a feature-rich free music player with an intuitive user interface that was modeled after the previous Amarok player. It supports online music radio. Even music that has been uploaded by the user to cloud storage services like Google, Dropbox, Box, and OneDrive may be played back. The built-in support for the MusicBrainz tagging service makes it simple to rearrange things if you have a disorganized collection full of music without tags. To top it off, it also supports finding and downloading podcasts locally. Clementine is a great choice for people who like to listen to the different internet radio stations and listen to podcasts every week. 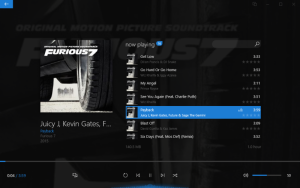 One of the most cutting-edge-looking free music players available is Dopamine.  It stresses ease of use and is re-skinnable with a mouse click. The primary screen concentrates solely on what the user needs while being informative and not overbearing.  For those who just want to enjoy music without having to bother about lengthy customizing and preference menus, this makes it the perfect free music player software. Dopamine has an interface that is easy to use and looks modern. It also works very well with modern design ideas.

Even though it may lack some of the more sophisticated features found in other free music players, this was done on purpose to keep things simple and user-friendly.  It’s a great option for those who value simplicity and visual appeal.

A database-driven behemoth, MediaMonkey can play over 100,000 music files without stuttering or glitching. It’s ideal for parties when you need to take care of the guests while MediaMonkey takes care of the music because it can automatically construct playlists on the go.  This feature alone makes MediaMonkey the preferred player on some people’s lists of music applications.

Even though the paid version has even more management features, such as advanced playlists, media separation, and volume leveling, the free version is still very full and good enough for most users. MediaMonkey is one of the greatest free music players and music managers available since there isn’t much it can’t do. 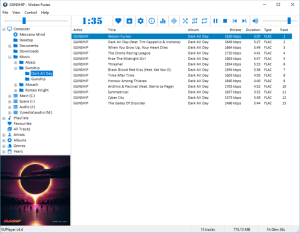 VUPlayer is definitely worth a look if you enjoy promoting free and open-source software.  It is always being updated, and if you’re a developer, you could even fork it and take it down a different path. VUPlayer has features that are simple to use and simple to look at.  It’s undoubtedly a free music player for those who only want to listen to music, without all the other features that other music programs contain. 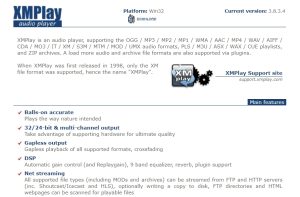 Since 1998, XMPlay has been in existence.  It is among the earliest free music players still in use, and it definitely shows.  A lot of older internet users are familiar with XMPlay, one of the most reliable and experienced free music players. It has always worked with high-end audio hardware and had high-quality playback as a standard feature. It supports high-bit-depth, high-bit-rate, and multi-channel playback. This is undoubtedly the professional or prosumer-free music player.

For those who are familiar with the music MOD scene, XMPlay even supports MOD file playback and MOD instrument disc authoring. This makes it the perfect choice for traditional electronic musicians that like high-quality audio and the vintage MOD demo scene.  Of course, it includes a built-in database for managing music and can play back almost any other audio file without a hitch.

As a music search, internet streaming tool, and media player, FreeMake Music Box is a flexible choice. Its flexibility extends beyond this, too, as it can play a variety of audio file types, including the well-known MP3 and AAC, FLAC, WAV, and M4A. In reality, this free music player’s audio converter lets you convert any other file type into an MP3 file. The user interface is also quite user-friendly, making it possible for beginners to get by without instructions.

To start listening to music, just drag and drop your files, then use standard controls like shuffle, loop, play, and pause. You don’t even need to know the name of the song to stream it; as soon as you put the name of the artist or album in the search field, dozens of results are presented instantly and in a flash! The music management, though, is perhaps this player’s crowning achievement. Whether it is stored on your devices or on the cloud, the player enables you to arrange your complete music collection.

For instance, you can, for instance, organize your files into folders for leisure, celebration, sad moods, and many more. Not only is it free, easy, and legal, but it is also very easy to use, has a strong web presence, lets you make changes, and is very flexible. 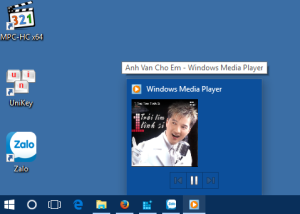 It comes pre-installed with Windows 7, 8.1, and 10. As a media player, it supports video, audio, and displaying photos, in addition to playing unprotected tracks from iTunes and acting as a streaming tool. Similar to the player before it, this one lets users sync media files from external storage devices like flash drives without having to transfer them onto their device.

You may also arrange your music and video library in the order you choose to watch them, so you can hone your beginning DJ abilities here by making personalized playlists. The controls in the newest edition, Windows Media Player 12, have been simplified to eliminate any potential distractions and provide you with a more streamlined playback experience. 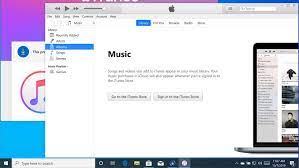 ITunes for Windows enables you to explore, find, subscribe to, and listen to movies, TV series, Apple podcasts, audiobooks, and music at the press of a button, bringing you closer to all forms of media accessible on the planet. You can quickly get to your favorite media on any device, like an iPhone, an iPod, an iPad, a Mac, or a Windows PC. Log in to iTunes and use the controls at the top of the page to navigate before purchasing, renting, or playing downloaded music. A pop-up menu that lets you change the media type is also present in the upper left corner when switching from one form of media to another, such as from podcasts to music.

As if that weren’t enough, you also have unrestricted access to radio, can sync your collection with any device using your user ID, and can view and listen to your favorite material at any time, anywhere. 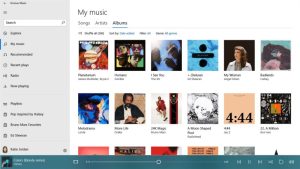 This player may be downloaded and installed on Windows laptops, phones, and tablets, in addition to Android and iOS devices. It also works on Windows, Xbox 360, and Xbox One, though Xbox Live is needed. You need a strong internet connection, a Microsoft account, and roughly 100 MB of hard disc space to use this player.

A maximum of four devices may be synced, and each of those four devices can only play on one device at a time.  With this, you can carry your whole music library with you everywhere you go.  In addition, you may control your playlist and access an infinite amount of media. Simply upload or buy music to OneDrive, then import it into Groove and enjoy! 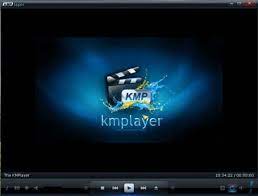 Even though it is similar to Windows Media Player, it has more features that make watching better. There are several filters that may be used to alter the 3D and VR settings, such as the skip portions and repeat section choices.  The output of the video and sound may all be adjusted, including the subtitles. In fact, you may personalize this player so much that you will end up using a singular, distinctive interface that is different from what KMPlayer users across the world use.

It also supports a wide range of music, picture, and video formats and codecs, and lets the user install more external codecs. This is the ultimate multi-media player if there is such a thing!